Vox caught up with singer and guitarist Theresa Wayman and talked inspiration, the weather and Vox.

What’s your earliest memory of making music?
Jamming along with my dad when I was about 9. He played guitar and I just started plucking along on the other guitar we had.  My dad played and my mom also played guitar, just casually – nothing too extreme. My mother encouraged me to play piano. They bought a piano for the house and then my mom taught me how to read music. I would basically learn songs that I wanted to learn – slowly counting the lines; that’s how I learned. They would sing to us too, amazing folk songs like Freight Train and Pretty Pegio, when we were going to bed.

So aside from your parents, who else did you draw inspiration from?
My dad had a lot of Talking Heads playing all the time, which really inspired me but also when I was at a really particularly influential age I got really into Cyndi Lauper and Tina Turner. Cyndi Lauper was a big inspiration for me and then later on Bjork.

Guitar wise – aside from maybe Adrian Belew playing on Remain In Light – that was never really super inspiration for me until later, where I would say Jimmy Page

I always played guitar, but I really heard music that wasn’t all about guitar.

How would you describe the bands sound?
I would describe it as a full band sound that doesn’t really sound like a rock band.  We definitely have two guitarists, bass, vocals, and drums. It’s all pretty rock band seeming on the page, but it doesn’t sound like that. I often get comments that our voices sound like synthesisers. We sound pretty moody and also groovy and slightly aggressive.

How does the AC30 fit with that?
I feel that it really works for me because I can either get a really clean sound out of it or I can get a really overdriven dirty sound. On the clean sound, it clearly displays any effects I’m using through the effects pedals, which I really love. The amp can be a platform for everything that your doing or it can be almost its own pedal. It just has such a wide range; it sounds real and it’s tangible.

Did you use it in the Studio too?
Yes, it’s the same set up in the studio and I also used a 5w mini Vox too, that I loved.

So you are back in the UK in May for your full tour. How are you finding it here?
I always love it here. For some reason, I just love it.  Its always grey, the buildings are grey. Everyone’s probably a little bit depressed, because I know that’s what happens where I am from in Oregon. Everyone always gets really depressed in the winter because it’s always cloudy. So I’m sure everyone is pretty bummed. Everyone’s always like ‘the weathers sh*te’. But actually, I love it. I don’t know why. There’s something about being here that makes me really happy. 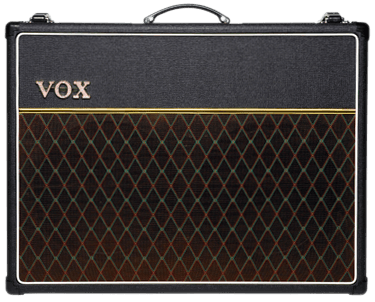