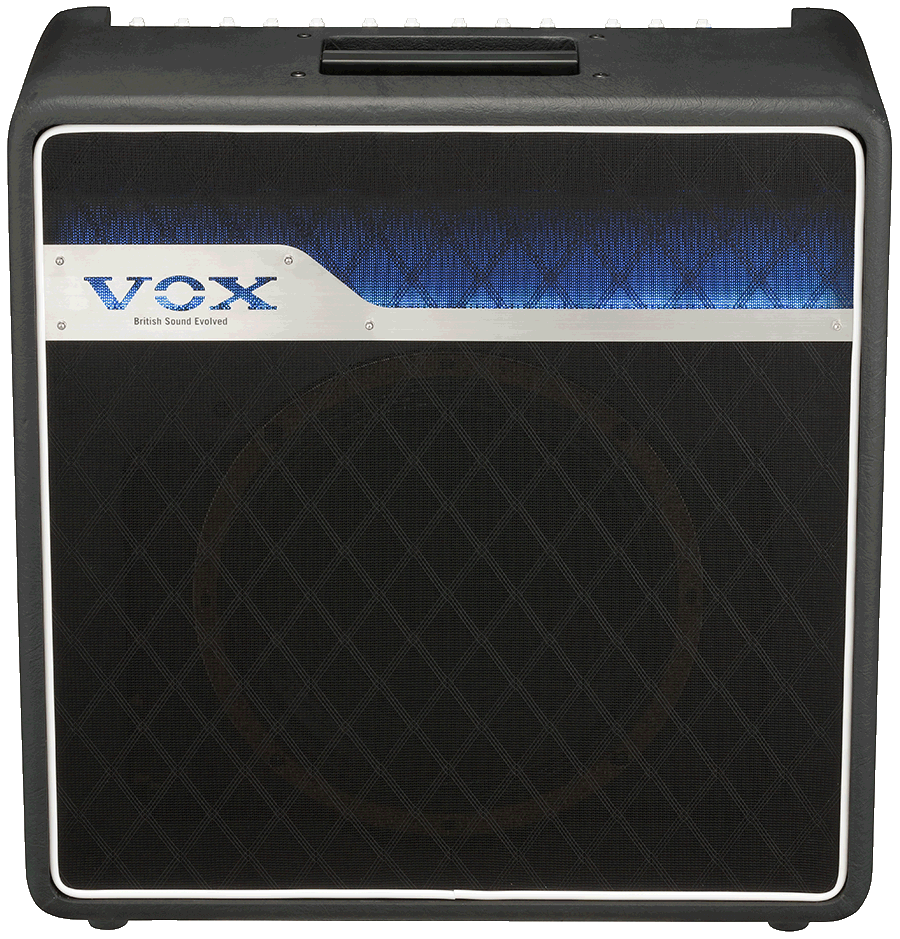 VOX is proud to announce the arrival of its new flagship amps equipped with Nutube, the next-generation vacuum tube.

While preserving the basic structure of a vacuum tube, Nutube has eliminated the problematic aspects of tubes, and succeeded in creating a dream device that’s compact, consumes little power, and has a long lifespan. This amazing device has already been used in the MV50 small head amp as well as in a variety of musical instruments. The MVX150 series is the culmination of this technology. In order to fully express the potential of the Nutube, both the pre-amp and power amp sections feature a Nutube. The newly designed power amp uses NuPower technology, and attains sound quality and stunning power that surpasses conventional tube amps. The two-channel design covers a wide range of sounds from clean to high-gain, and everything in between.  The MVX150 also features useful functionality such as a WET ONLY output for the on-board reverb and effects send/return. Additionally, the combo-type MVX150C1 specially features a UK-made Celestion Redback speaker that covers a broad range of frequencies and can handle the high output of the MVX150.

The MVX150 series represents a new frontier of amplifiers, one that challenges the established conceptions of large tube amps and costly boutique amps.

– Optional footswitch allows you to switch channels and toggle reverb, or effects, on & off

The MVX150 series challenges existing concepts of tube amps; it features a Nutube in both the pre-amp and power amp sections, delivering the fat and warm sound that is the characteristic of tubes. Careful attention has been paid not only to the Nutube, but also to every aspect of the analog design for the peripheral circuitry as well. Additionally, there’s no need to worry about maintenance, such as tube replacement, that is inevitable for conventional tube amps.

The power amp section is one of the important factors that determine the distinctive response and playability of a tube amp. VOX has always paid careful attention to the design of the power amp section, notably in its Valve Reactor circuit. With the MVX150 series, VOX have begun using newly developed NuPower technology, which takes full advantage of the Nutube’s sound potential and also delivers the advantages of conventional tubes and solid-state power. Tube power is the key to stunning dynamics, while solid state power has the advantage of stability, wide range, and high output. The NuPower design utilizes the advantages of both to create a powerful, yet nuanced power section that compliments your playing style.

NuPower is a power amp design that combines the Nutube with a solid-state amp, obtaining the advantages of both.

Like the power section of a conventional vacuum tube amp, the Nutube is used in a push-pull configuration, and the dynamic response of the speaker is detected and fed back to the previous stage of the circuit.

Additionally, since this amp possesses the wide frequency response that is characteristic of solid state amps, it can provide everything from wide-range clean sound with pristinely clear highs to high-gain sound with unbeatable lows.

Another major advantage of NuPower is that it ensures stable operation in any environment without requiring the maintenance that is needed by conventional vacuum tubes.

Controls that allows versatile sound-shaping from clean to high-gain, from vintage to the unknown

The MVX150 series features a two-channel design that covers a wide variety of sounds. In addition to EQ, Channel 1 provides CLEAN/CRUNCH, BRIGHT, and FAT modes. Channel 2 lets you switch between RHYTHM/LEAD, BRIGHT, FAT, and MID-SHIFT modes. PRESENCE and RESONANCE controls are also provided, which let you adjust the ultra-high and ultra-low regions respectively. You can not only re-create iconic guitar sounds of the past, but also aggressively shape your tone in all-new ways. The bias voltage of the Nutube used on each channel of the preamp can be also adjusted, allowing you to control the response and character of the sound, providing a dramatically expanded expressive scope from vintage to modern.

The MVX150 series provides many extended features, such as effects send/return jacks that allow you switch between parallel and series.

As on the Valvetronix series, the power level control lets you adjust the level in six stages, all while maintaining the sense of loudness and distortion. There’s also WET ONLY output that lets you easily set up a wet/dry rig simply by adding an additional speaker cabinet. In this setup the MVX150 will output just the dry sound from the conventional speaker, while the WET ONLY output emits only the sound processed by a send/return connected effect unit or the internal reverb unit. By utilizing this function, you can easily create the same dry/wet system as a professional stage setup using just this one unit, without using a separate power amp or complex connections.

The MVX150 also provides an EMULATED LINE OUT which is useful not only during live performances but also in the recording studio. This output emulates the sound of a mic’d speaker cabinet, making it easy to record with realistic amp sounds even when using a direct-line connection.

The MVX150C1 is equipped with a UK-made Celestion Redback speaker

The MVX150C1 combo amp uses a UK-made Celestion Redback speaker to take complete advantage of the full-Nutube sound and the 150W output. In spite of being a single 12-inch unit, it’s a high-power speaker that can handle 150W, and boasts a special design that’s made specifically for the MVX150C1.

A refined design that foreshadows a new age in tube amps

In spite of being equipped with a handle on the top surface, these units feature a flat design.

The chic appearance is complemented by gradated blue illumination glowing on the front, adding the finishing touch to this refined design that ushers in a new age for tube amps.

By using a separately sold footswitch, you can change channels, turn reverb on/off, or switch send/return on/off using your foot. You can also use it to switch between MASTER 1 and MASTER 2, and instantly change the master volume level itself. Two footswitches can be connected, allowing you to smoothly transition from a rhythm part to a solo, which is a real convenience during live performances. 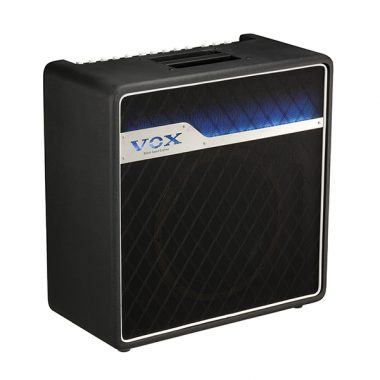